While constructing the waste rock embankments areas of bare ground are exposed and this can result in erosion and silt laden runoff. In some cases runoff from active working areas containing PAF rock has the potential for low pH. Consequently, suitable drainage interception, detention, and treatment facilities are required to minimise the effects on surrounding watercourses.

At Storage 2, an extensive network of subsurface drainage was constructed beneath the tailings pond and embankment to intercept and control seepage from the tailings and leachate from the embankment, as well as naturally occurring groundwater flows. A similar under-drainage system has been constructed for Storage 1A. The drains include:

All drains connect to a series of sumps located around the perimeter of the embankments, where flows can be measured and samples taken for chemical testing. The combined under-drainage water is either sent to the water treatment plant, or recycled through the processing plant. 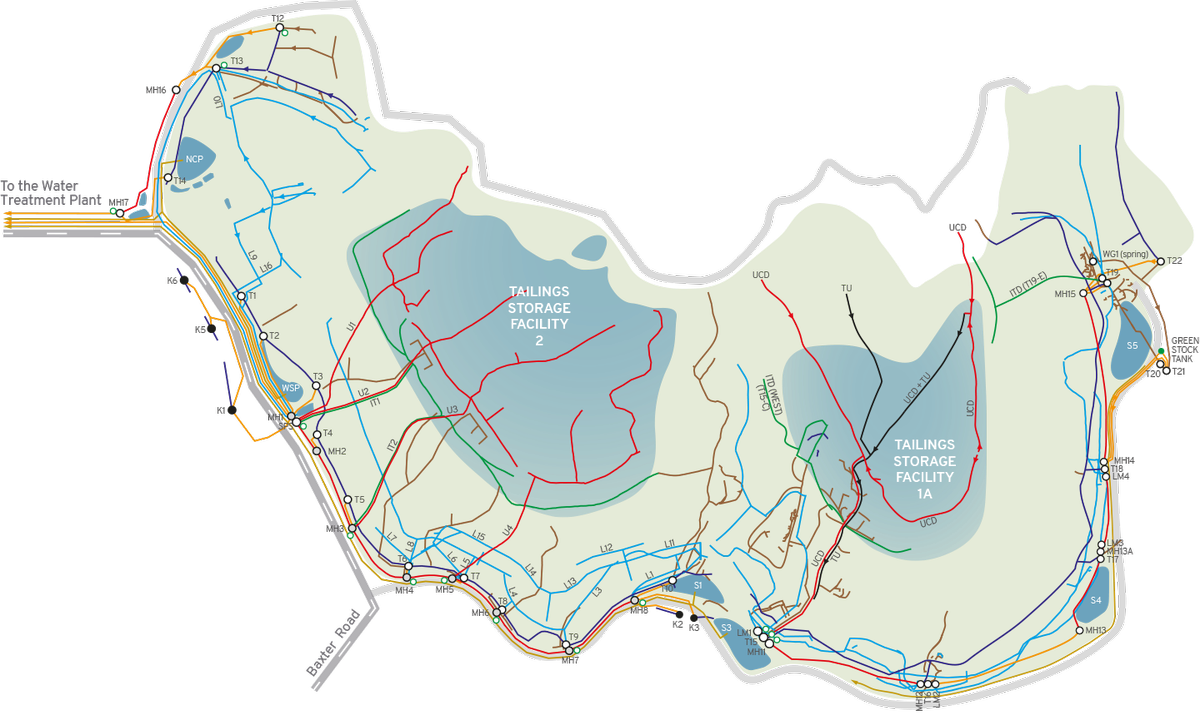 UNDER THE TSFs: The drainage network constructed under and within our existing TSF structures.

Water Movement through the Embankments 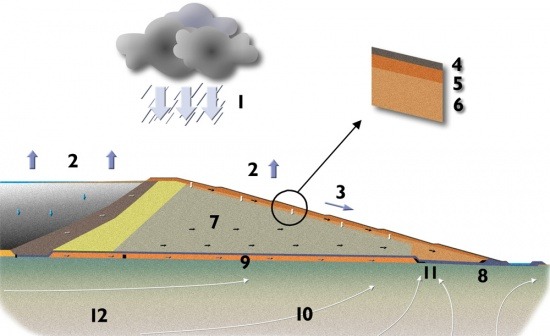 During and after a rainfall event (1), a number of processes occur:

Water movement through the cap

The performance of the cap as a barrier to water was evaluated using the SoilCover model. The main conclusions were: